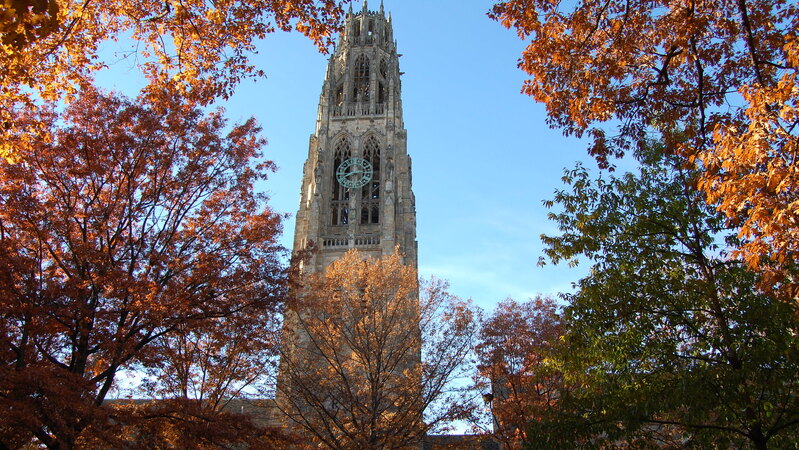 A Yale University scientist argued in a social media post published on Wednesday that the United States government’s plan to reopen American after the Chinese virus pandemic amounts to “genocide” of “African-Americans, Latinos, other people of color.”

Yale epidemiologist Gregg Gonsalves criticized the U.S. government’s response to the Chinese virus pandemic and its plan to reopen the country in a tweet that was published on Wednesday, suggesting that it would be “genocide by default” to lift “shelter in place” restrictions. Gonsalves also suggested that the government’s response would disproportionately impact “people of color.”

“How many people will die this summer, before Election Day? What proportion of the deaths will be among African-Americans, Latinos, other people of color?” Gonsalves wrote in the tweet. “This is getting awfully close to genocide by default. What else do you call mass death by public policy?”
Source: Breitbart
Harkness Tower at Yale by fotumania! is licensed under Creative Commons Attribution-ShareAlike 2.0 Generic (CC BY-SA 2.0)
SUPPORT MAGA.BLACK