Tell Acosta and Behar to put up or shut up and apologize! 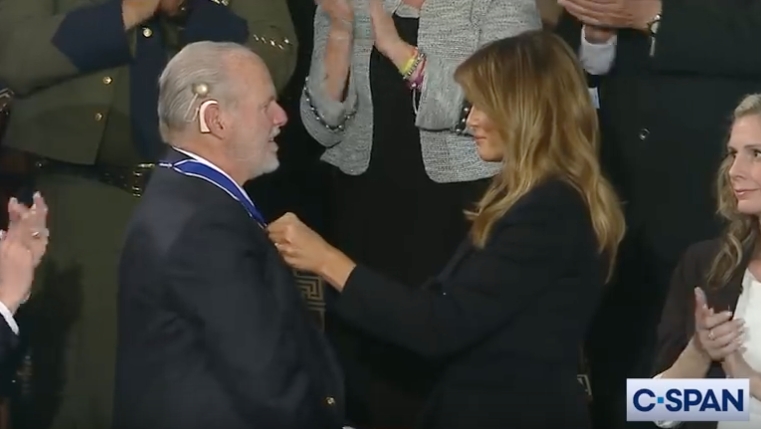 As you know, at Tuesday Night's State of the Union, President Trump awarded Rush Limbaugh the Presidential Medal of Freedom. In a series of tactless remarks, Jim Acosta and the co-hosts of The View mocked Rush Limbaugh after receiving the nation's highest civilian award.

On Monday the conservative icon revealed that he had been diagnosed with advanced lung cancer. Arriving to the State of the Union in a wheel chair, the ailing Limbaugh was seated next to first lady Melania Trump who bestowed the medal.

In an attempt to sabotage the ceremonious moment, CNN’s Jim Acosta said,

“It can’t be forgotten he was awarding the Medal of Freedom to Rush Limbaugh, who has a history of making derogatory comments about African-Americans. So, I think, you know, overall it’s a wash.”

That’s when James Golden (A.K.A. Bo Snerdley), who is African American and the producer of the Rush Limbaugh Show, challenged Acosta's statement via Twitter:

Commenting on The View, Whoopi Goldberg criticized Limbaugh as someone not deserving of the nation's highest civilian honor while Joy Behar went further claiming, "He's been so racist and so misogynistic over the years, to give him--who's next, Roger Stone? How about giving it to him? Or Steve Bannon?"

Golden asserts, "I'm sick of the fake news lying and weaponizing race. Acosta and Behar need to provide the list or shut up and apologize!"

That their employees' behavior has consequences.
29,300 Signatures
Sign the petition now!
Become Part of the solution, join Bo and MAGA.Black in boycotting CNN, ABC and Jim Acosta

Two television personalities recently made baseless accusations that Rush Limbaugh had a history of making racist and disparaging comments about African Americans.

During CNN's coverage of the State of the Union, Jim Acosta commented, “It can’t be forgotten he was awarding the Medal of Freedom to Rush Limbaugh, who has a history of making derogatory comments about African-Americans. So, I think, you know, overall it’s a wash.”

Following Tuesday's SOTU, ABC's The View co-host Joy Behar stated, "He's been so racist and so misogynistic over the years".

This comes less than a month after Behar celebrated White Nationalist Richard Spencer's denouncement of President Trump stating, "There's one small thing, you were saying, ‘What’s some good news?’ Well, this was a tiny thing that I noticed. You remember Richard Spencer? He’s basically the organizer of Unite the Right, the white nationalist group that was marching in Charlottesville and was all in for Trump. Not anymore.”

It's obvious that Joy Behar and Jim Acosta are politicizing race for political gain. Both Acosta and Behar lied with no proof. This tasteless defamation merits hard evidence or an apology from Behar and Acosta. If neither reciprocates, we demand that CNN and ABC deplatform Acosta and Behar.
PAID FOR BY NEW JOURNEY PAC
NOT AUTHORIZED BY ANY CANDIDATE OR CANDIDATE'S COMMITTEE
admin@newjourneypac.org | maga.black